Tlingit natives are naturalists. They see humans, the environment, and animals containing a spirit and that each should be respected equally. The Tlingit natives of Cape Fox call themselves the “Saanya Kwaan,” or the “People of the Southeast Wind.”

Tlingit society is divided into two clans, the Raven and the Eagle. Raven and Eagle clans have their own songs and totems.

IT IS ESTIMATED THE TLINGIT NATIVES ARRIVED IN ALASKA 11,000 YEARS AGO

They migrated from Asia across the Bering Land Bridge. The Tlingit established themselves in Southeast Alaska and established a permanent village at Cape Fox in the a small chain of wind stripped islands approximately 50 miles southeast of Ketchikan, at the most southern point of Alaska. 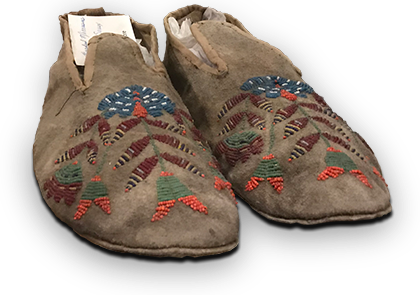 Non-native visitors called the Tlingit “Cape Fox,” meaning “being hidden.” The Tlingits thrived in Cape Fox village as hunter-gatherers for hundreds of years. Every summer they would leave their winter village for what is now Ketchikan for a season of subsistence fishing.

Around the turn of the 20th Century, the Cape Fox Tlingit, along with members of the Tongass Tlingit, left the original Cape Fox village and settled in Saxman. This migration occurred in part due to a devastating smallpox outbreak that reduced their numbers. The introduction of silver coins weakened their traditional bartering practice, which made survival more difficult. Both events drove them to relocate and adapt to a new life.

The new settlement was named after Presbyterian missionary Professor S. A. Saxman, who had come to the area to build a school and a church to help Christianize and educate the Tlingit people; however Professor Saxman was lost at sea in search of the settlement location.

THE LOOTING OF CAPE FOX VILLAGE

Years later railroad magnate Edward Harriman took his family and a group of prominent scientists on a trip to Alaska―known as the Harriman Alaska Expedition. The voyagers set sail from Seattle in late spring 1899, and traveled as far as the Bering Strait. During its return, the team decided to visit the original Cape Fox Village that the tribe left to relocate in Saxman. They found 24 immense totem poles, cultural head gears, masks, and other artifacts.

Believing the village to be deserted, the expedition looted it and later distributed the relics to various museums and universities across the United States. It wasn’t until May 29, 2001, under mandate of the Native American Graves Protection and Repatriation Act, that the Tlingit Clan recovered most all the items taken by the Harriman Expedition.

Pictured is the Harriman Expedition 1899. 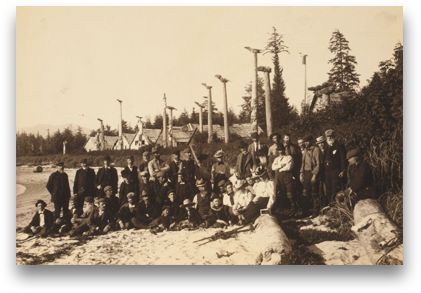 Today Saxman Village has a population of just over 400 mostly native Alaskans.